In the news – The Innovation Exchange 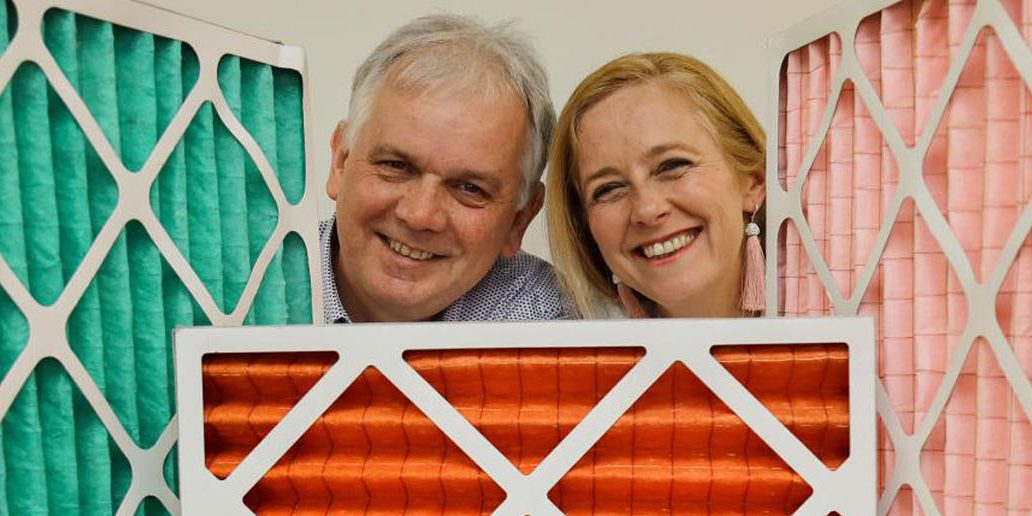 The Innovation Exchange – This new initiative is making headlines

The Innovation Exchange, a new initiative designed to accelerate corporate innovation and create business opportunities for scaling SMEs launched on February 17th 2022.  The current call for applications from companies that can deliver digital transformation solutions has caught the attention of some national journalists in recent times.   Below are links to the most recent articles.  They showcase the innovativeness of the participants and how innovation is the catalyst for success.

When the pandemic arrived, Marie Therese McCormack and her co-founder John Cleary of EAM Group, an engineering consultancy, saw a need for safe, portable and effective air cleaning systems.

Not happy with the solutions available, which focused on ozone, ionisation or plasma, they designed their own.

It’s called AerNua and uses covered UV-C light to purify air. It’s perfectly suited to workplaces, and the company was keen to talk to large organisations. But how to do it? Despite having both worked in large multinationals, neither had experience of selling to them.

They signed up for the Innovation Exchange, a new initiative from Skillnet Ireland and the Dublin Business Innovation Centre. It brings enterprises in need of innovative solutions together with small businesses able to provide them.

Being a start-up is a huge learning curve, McCormack says. “We were the underdog because no one knew the product or the technology, so how do we put it forward?” she says.

“Innovation Exchange helped to get us in front of potential customers. Rather than sending them jargon by email, they could talk to us.”……

How tech SMEs and large organisations can work together

With an investment of €5m, The Innovation Exchange aims to support more than 300 Irish SMEs in 2022 through exposure to large multinationals.   Recent figures have shown that it is a great time to be an Irish tech start-up. According to the latest Irish Venture Capital Association’s survey, investment into Irish tech start-ups and SMEs reached a record €1.3bn last year, marking a 44pc increase from the previous year.

What’s more, many of these start-ups are developing tools and services that can meet the requirements of larger businesses that are facing digital transformation challenges.

However, tech start-ups and SMEs still face a number of their own challenges, especially when it comes to identifying and accessing buyers.

Even when SMEs do get access to big players, the length of the sales cycle and the complexity of the procurement process in large organisations can be barriers to getting business done in a way that is efficient and commercial. Companies that are scaling have their own struggles too when it comes to accessing new markets or broader industry expertise.

In order to address some of these challenges, Skillnet Ireland teamed up with Dublin Business Innovation Centre (BIC) to launch The Innovation Exchange, which aims to connect SMEs with large multinational organisations……

The Index is published by the World Intellectual Property Organisation (WIPO), a specialised agency of the United Nations. It ranks world economies according to their innovation capabilities, using a framework of roughly 80 indicators.

That puts Ireland near the top of the class, which is good. But in 2020, Ireland was ranked 15th and the previous year, 12th, so the trend is going on the wrong direction, which is bad.

In all, the index suggests that Ireland is performing below expectations for its level of development.

A similar picture emerges from the European Innovation Scoreboard (EIS), a comprehensive assessment of the research and innovation performance of EU member states and selected third countries.